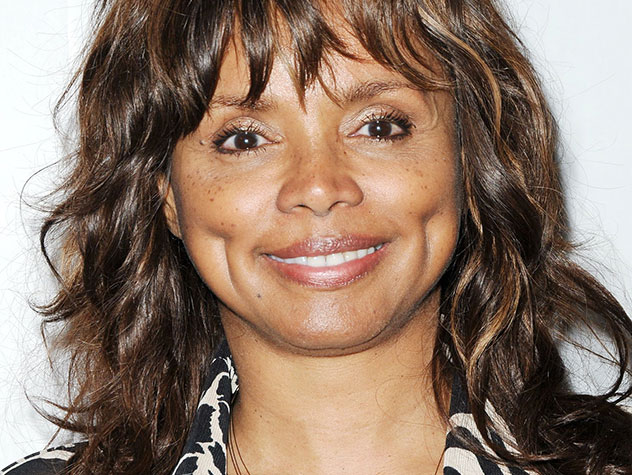 Dr. Angie Baxter Hubbard (as played by Debbi Morgan on All My Children)

*Angie gave up her son for adoption and then kidnapped him back.
*She played matchmaker for Stuart and Cindy.
*Angie is a doctor.
*Her father, Les Baxter, was criminal "Mr. Big"
*She married local cop Jesse Hubbard.
*She adopted daughter Cassandra while living in New York.
*Helped Jesse discover the identity of Papel.
*Went blind after treating a patient.

Who's played Dr. Angie Baxter Hubbard over the years?

Angie Baxter arrived in Pine Valley in 1982 and immediately fell head over heels in love with local cop Jesse Hubbard. Angie and Jesse began dating and she got pregnant. She had a baby boy, named Frankie, and decided to give the child up for adoption, thinking that Jesse was in love with another woman. Jess wasn't and convinced Angie of that fact. They kidnapped Jesse to get him back and were eventually given full custody of the baby. Angie and Jesse got married soon after than.

Jesse was given a special case from the Pine Valley Police Department, to find "Mr. Big", the leaded of a local drug ring. Jesse discovered that Les Baxter, Angie's father, was the drug lord and in a gun battle killed Les. Angie was furious and left Jesse. They reconciled later on, but Jesses was shot in the line of duty and died in Angie's arms. She was heartbroken.

A new woman, Cindy, came to town and became Angie's patient. Angie learned that Cindy had AIDS and was in love with Stuart Chandler. Stuart and Cindy married but Cindy died soon after. Angie decided it was time to move on and she moved to California with her son Frankie.

After leaving Pine Valley and Los Angeles, Angie moved to Corinth Pennsylvania to take a job with Corinth Hospital. While there she was kidnapped and taken to New York. Her soon-to-be husband Charles Harrison saved her and they returned to Corinth. There, Angie fell out of love with Charles and in love with Jacob Foster. She decided to stand by Charles, however, and they got married. Charles took a job as the Corinth Chief of Police. When Angie's friend Stacey Forbes was murdered Angie decided she had to take revenge. Four other people were killed, too, including Jeremy Hunter, another Pine Valley transplant. Gwyneth Alden was found to be the killer. After she was caught Angie and Charles divorced. Angie and Jacob moved to New York.

In New York, Angie opened a free clinic at 212 Greene Street; Jacob and friend Buck opened a bar. A young girl came into the clinic alone. Kayla's mother had left her and Angie and Jacob because her foster parents. Jacob decided Angie was becoming too attached to Kayla, who was a white child. An article came out in the paper about Angie trying to adopt Kayla, angering many people in the city. Angie walked in to the clinic one night and found thugs inside. When they ran she was knocked aside and unconscious. The thugs wrote "adopt one of your own" on her clinic walls. A social worker came by to tell Jacob and Angie that another family wanted to adopt Kayla and they took the little girl away.

After that a bomb exploded in Jacob's bar, nearly killing Frankie. He moved to California soon after that. Angie learned that Jared Chase was behind the bombing and also learned that Jared had raped his wife. Angie began sleepwalking. Once night she sleepwalked into the Ad Agency and found Jared on the floor - dead! There was a gun on the floor and when Angie woke she thought she had killed the man. There was one more murder and three more murder attempts before they learned that The Masquerader was Molly Malone.

Jacob decided it was time to get married so he tried to throw a surprise wedding for Angie. Tess overheard and told Angie about Jacob's plans. Angie played along, pretending she had something else to do the night of the party. She wound up going and they were married. Angie and Jacob learned soon after the wedding that a friend, Nick, needed a liver transplant. Angie helped to find a new live for him. Sydney decided to move on to London and sold Angie and Jacob 7% of the building at 212 Greene Street, which also made them liable for back taxes of $1.2 million!

Once the debt was paid off Angie and Jacob decided it was time to start their family but Angie soon learned she couldn't have a baby naturally. They looked into surrogacy and adoption. They decided on adoption when a friend told Angie about a sign in an alley reading "Cassandra". Angie found a baby girl under the sign. When her parents could not be found Jacob and Angie adopted the little girl.

In 2008 Angie was called in to consult with Pine Valley doc Joe Martin on a strange case involving Quentin, Aidan's friend. Quentin was Frankie; Angie fought to save his life and ultimately succeeded. Around this time, Jesse returned. He explained that his death was faked by a crime syndicate. Tad's uncle, Rob Gardner, was behind the syndicate and tried to kill Jesse and Angie for diamonds hidden in Frankie and Cassandra's stuffed elephant. Jesse saved Angie's life and Papel was killed.

They settled back into married life but Jesse was keeping secrets - he had another family! His daughter Natalia arrived in Pine Valley shortly before the tornadoes hit; her mother followed. Angie was left to deal with Jesse's other family and the eventual death of Rebecca, the other woman in Jesse's life.

Angie and Jesse remained a strong unit, but her professional life wasn't going so well considering she had to deal with David at the hospital, who as the new owner made her life miserable.

David made severe cutbacks at the hospital which led to Angie not having the proper protection when she treated a patient who infected her. Angie started losing her eyesight, but she tried to cover it up and continued to work. Jake tried to help her out, but David eventually found out and reported her to the board.

Angie also discovered she was pregnant and that the medication she was taking for her vision would harm her child. Over Jesse's protests, Angie decided to stop taking the medication in order to save her baby. Angie was eventually declared legally blind.

When the board met to decide Angie's fate, the town rallied around her to plead her case. Even Greenlee (David's wife at the time) told the board they should keep her on as Chief of Staff, which they did.

Angie went into labor at the old house she and Jesse first married in. Jesse was forced to deliver the baby after Angie passed out. Tragically, the baby was stillborn. Brot showed up after getting a call on his police radio. He discovered Jesse with his dead child and then revealed a baby girl had been dumped off in his car prior to him coming over there. Brot told a devastated Jesse he would take care of everything and gave the abandoned baby to Jesse. When Brot left to bury Jesse and Angie's baby, Jesse presented the other baby to Angie as their own when she regained consciousness.

Jesse kept the painful secret of their daughter's death for months. However, when he discovered their nanny Maya was Lucy's birth mother, he started to panic. Brot tried to help him keep it together, but then Angie asked Tad to look for Maya's baby. When Jesse learned of this new wrinkle, he confessed to Tad. He then went to Angie and told her the awful truth: Ellie was dead.

Maya reclaimed her baby and Angie eventually forgave Jesse. She also was one of the very few who still trusted David and allowed him to use experimental treatment on her so she could regain her eyesight. David's treatment worked and Angie was able to see again.