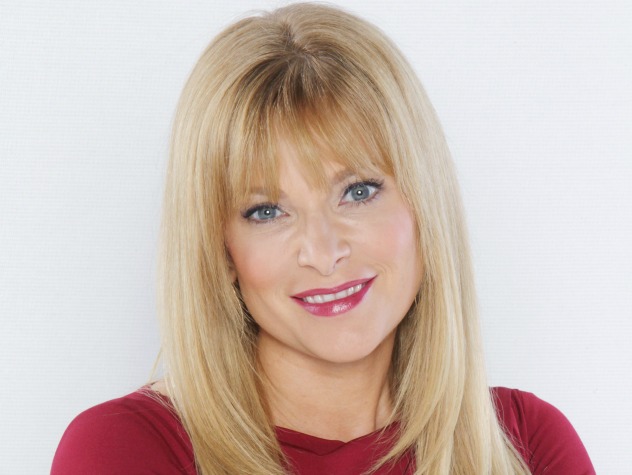 * Marital Status - Single/Divorced.
* Presumed dead from May 10, 2002 to December 23, 2005.
* Admitted to a mental hospital after Adam had her declared insane.
* Had a kidney removed and transplanted into her half-brother, Del Henry.
* Kept quiet about Tad fabricating evidence to get Brooke acquitted for killing Jim Thomasen.
* Slept with David Hayward. (January 15/16th, 2001)
* Fled town without telling Tad that she was carrying his child.
* Worked with Zach Slater to try to find her missing daughter, Kate.
* Presumed dead after eating poisoned pancakes.
* Revealed to be alive years later under David's care.

Who's played Dixie Cooney Martin over the years?

Dixie Cooney came to Pine Valley with her brother, Will, in search of their uncle. The man they knew as Pete had changed his name to Palmer Cortlandt, befitting his wealth and stature in the community. Dixie took a job as his maid, but when he discovered that she was his niece, he would no longer allow her to hold such a lowly position.

Taking a job as Laura Cudahy's nanny, Dixie moved in with Brooke and Adam Chandler. Adam believed that his wife was barren, so he seduced Dixie, hoping for an heir. His plan worked, and he plotted to steal the baby boy from Dixie and raise him with Brooke as his mother.

Tad Martin befriended Dixie to fulfill a job Brooke had hired him to do - to discover the paternity of Dixie's child. When Brooke discovered the truth, she divorced Adam and he married Dixie. He tried to drive her insane, and even had her committed to a mental institution, in a selfish plan to gain sole custody of Adam Junior. Tad, who had feelings for Dixie, rescued her and helped her keep her son.

Dixie divorced Adam and married Tad, hoping to finally be happy, but her uncle, Palmer, and Tad's birth mother, Opal joined forces to break the newlyweds apart. Palmer paid someone to say she had slept with Tad, causing Dixie to leave him. Looking for consolation, Tad shared a romantic tryst with his old friend Brooke, and his infidelity was rewarded with divorce papers. Dixie and Tad reunited when Tad rescued her from crazy Billy Tuggle who had kidnapped her with plans to marry her.

On the day of Tad and Dixie's second wedding, Tad and Billy Clyde fought and both tumbled from a bridge into the river below. Only Billy Clyde's body was found. Dixie was devastated by her loss, and even more upset when she learned that Brooke was carrying Tad's child, but she went on to have a few short marriages, one with Craig Lawson and another with Brian Bodine.

While she was with Brian, Tad showed up alive, believing he was someone named, Ted Orsini. When Tad finally remembered who he was, Dixie divorced Brian and went back to her beloved, but when Tad learned that Brooke had bore his child, he was torn by his obligation and left Dixie to marry his son's mother.

Shortly after, Tad's carbon-copy, the real Ted Orsini, arrived in Pine Valley and began dating Dixie, but Tad and Dixie were still in love and started seeing one another in secret. Ted, pretending to be friends, took Tad on a camping trip, planning to kill him, but Dixie spoiled his evil plot. Ted ran away to avoid charges, Tad divorced Brooke and married Dixie for the second time.

Dixie left Pine Valley when she learned that he had slept with Liza Colby, but returned when Adam summoned his son back because of threats against the Chandlers. Tad and Dixie grew close again, and planned a romantic rendezvous to start a new relationship, however she became ill, was hospitalized and failed to show up. Discovering that she was going to die, she didn't seek him out to apologize and explain. She just let him go on believing she didn't want to pursue another involvement.

After Dr. David Hayward saved her life, Tad and Dixie reunited again and married for a third time. She became pregnant but miscarried, and was told that pregnancy could jeopardize her life because of having only one kidney and a bad heart. To keep herself occupied and forget her grief, Dixie took a job as Dr. Hayward's assistant. Tad started spending longer hours at work and Dixie found herself drawn to David. David, wanting Dixie for himself, drugged Tad with Libidozone, causing him to fall into bed with someone else, and when Dixie found out, she countered by beginning an affair with David. Tad produced evidence that David was at fault for the one-night-stand, and Dixie left David.

Although not a couple, Tad and Dixie worked closely to help JR overcome his drug addiction and ended up in bed. When Dixie discovered she was pregnant, she knew Tad would insist on termination because of her health. She kept her condition a secret from everyone except David, and he arranged for her to travel to Switzerland. Dixie lied and said she was going abroad to teach a seminar, but after she was certain that her pregnancy would last, she mailed a letter to Tad, telling him the truth. He had just gotten her letter when he received word that she had been killed in an automobile accident.

Dixie lived, and with the help of Dr. Greg Madden, she gave birth to a daughter, Kate. At some point, it seems that Dr. Madden stole the baby and gave it to someone else. Dixie let her family think she was dead for the next four years while she searched for the child. Eventually, her trail to Dr. Madden led her back to Pine Valley. Hiding in the shadows, she watched her family, and with the help of Zach Slater, she hoped to find Kate before confronting Tad. Unfortunately her presence was made known, her family was furious at her, and someone killed Greg Madden before she got any answers. After finding herself on trial for the man's murder, along with Zach, Tad who had professed his hatred for her, concocted a lie to tell on the witness stand that cast enough doubt for the jury to find the suspected pair innocent. She and Tad mended fences and continued to look for Kate, but the most recent lead, Emma McDermott, proved to be false.

In January 2007, Dixie became the third victim of the Satin Slayer. The Slayer was actually targeting Babe Carey Chandler. Dixie ate poisoned pancakes intended for Babe and Dr. Joe Martin and Dr. Jeff Martin were unable to save her life. In spirit form, Dixie saw Tad with Kathy and Julia and realized that little Kathy was indeed their daughter Kate.

Dixie's ghost returned to Pine Valley in May of 2008. She decided to haunt Adam into revealing the truth about Kate; Adam had found Kate's adoption record in a box of Kathy's things at Wildwind. It worked and Adam finally revealed that Kathy was Tad's daughter Kate. Dixie's ghost could rest in peace and left Pine Valley. Later, A vision of Dixie appeared to JR and Tad when JR nearly succumbed to his cancer.

Over a year later, Dixie was revealed to be alive under David's care. While she had been thought to be spotted by a drunken JR, she wasn't officially discovered until Erica saw her at Shadybrook. After a fire broke out, Erica helped her escape. Dixie headed to the park, where she ran into Tad.

Dixie and Tad eventually reunited once Cara (who he married so she could get her green card) realized they should be together and backed off her blossoming relationship with Tad. As the two reconnected, they tried to help an out of control JR, to no avail. However, they remained happy as a couple, with Dixie proposing to Tad. He of course accepted.