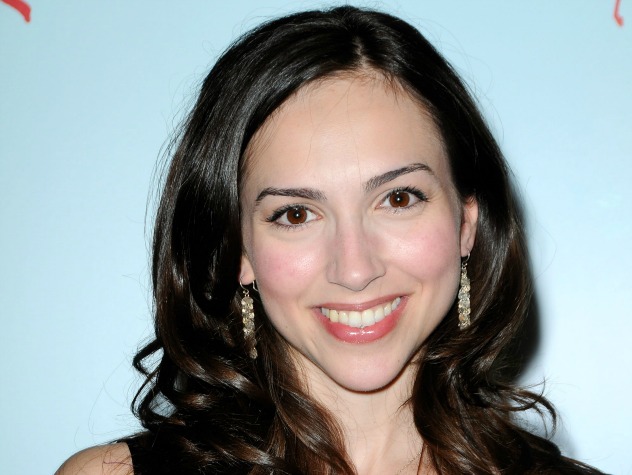 Bianca Montgomery (as played by Eden Riegel on All My Children)

* Marital Status - Single/Never Been Married.
* Nicknames: Binks, Binky.
* Ran away from Seattle, Washington to be with her mother.
* Treated in a rehabilitation center for anorexia.
* Set fire to her "Uncle Jack" doll, after seeing her mother and Uncle Jack kissing.
* Poured ink on Kendall's bridesmaid dress.
* Underage drinking.
* Aided and abetted Gabriel Devane and Rosa Santos when they were on the run from police.
* Destruction of property - trashed Erica's office at Enchantment in a moment of rage.
* Driving While Intoxicated.
* Shot and killed Michael Cambias.
* Kidnapped "Bess Chandler" from the hospital nursery.
* Began a relationship with Zarf/Zoe.
* Went to work in Paris.
* Returned to Pine Valley pregnant with Zach's child!

Who's played Bianca Montgomery over the years?

Bianca was born to Travis Montgomery and Erica Cane, bringing them together in marriage. Fearing that Adam Chandler was going to take over his business, Travis staged having his new daughter kidnapped, and when Erica found out, she left him and fell into the arms of his brother, Jackson. When Reye's Syndrome sickened Bianca, Erica struck a deal with God to spare her child, and she and Travis reunited.

Erica continued her secret liaison with Jackson, and Bianca caught them kissing. In her anger, Bianca set fire to her doll and nearly burned down the house. When her reason was divulged, Travis took Bianca and left, sued for custody and won.

Bianca visited Pine Valley from time to time, was almost molested by the same man who abused her sister, Kendall, and was even kidnapped by a deranged doctor who had hooked her mother on pain killers. Bianca was safely released and returned to Seattle and her dad, but was later diagnosed with Anorexia and sent for treatment to halt the life-threatening disease. After returning from the center, she became sullen and unmanageable, and at the urging of her step-mother, Bianca returned to Pine Valley to live with Erica to straighten out her life.

On Christmas Eve in 2000, Bianca revealed that she was gay. Erica was so stunned that she failed to see the enormity of the problem, but she strongly disapproved of her daughter's friendship with a very 'boyish' Frankie Stone.

Erica found Frankie in bed with JR Chandler and vowed to kill her for hurting Bianca, and when Frankie actually turned up dead, Erica, fearing that Bianca might be the killer, took the rap. Erica was eventually exonerated, but the whole thing strained her relationship with Bianca, setting them at odds again. It didn't help that Bianca's sister Kendall, kept trying to poison her mind against Erica because of her own vendetta against the woman.

Frankie's twin sister, Maggie came to Pine Valley looking for answers about her sibling's death. She and Bianca became friends, and although Bianca expressed her love for Maggie, Maggie was straight and not interested in more than friendship.

Bianca buried herself in working for her mother's business, Enchantment, and it was there that she became romantically involved with Lena Kundara, Erica's new CFO. Lena was flirtatious with both sexes so it was hard to determine her preference. Bianca was vying for her attention along with Boyd Larraby, the chief chemist at the company.

What Bianca didn't know what that Lena was working for Michael Cambias, plotting to steal a cosmetic formula. However when Lena tried to leave town because of her mixed emotions and stress, Bianca begged her to stay, and they kissed. Michael, however, continued to force Lena to work for him by threatening her relatives in Poland. Through Erica's suspicions, Bianca watched on a hidden camera while Lena pilfered through the safe for the secret formula. Despite still having feelings for Lena, she testified against her, but charges were dropped with a plea bargain that Lena testify against Michael Cambias.

Michael continued to interfere in their relationship by circulating bogus sexual photos of Lena, but she and Bianca grew closer and planned to tour Europe together. Unfortunately, Michael intervened, raped Bianca, and sent her spiraling into depression. She kept the secret to herself, broke it off with Lena, and became withdrawn from everyone. She eventually confided in Maggie, and later to Erica. Michael was jailed, but released because of insufficient evidence to support the case.

During a routine check-up, Bianca learned she was pregnant. Upon discussing her condition with Erica, Bianca was encouraged by her mother not to endure the same pain she had, by giving birth to Kendall, also a child of rape. However, before Bianca could abort the baby, she met up with Kendall and heard her painful accounting of being raised by strangers and missing out on her real mother's love. Bianca decided to keep the child, and the conversation formed a real bond between the sisters.

Kendall feigned interest in Michael Cambias and married him to get back at him, and also secure his wealth for herself, but when he was found dead, everyone in Pine Valley became a suspect. Kendall was shocked to learn that the Cambias fortune had been left to Ryan Lavery rather than to Michael, because he had no children of his own.

The last thing Bianca wanted was the Cambias money. She just wanted to have her child and forget, but a lost sonogram at Michael Cambias' funeral, revealed a pregnancy to Ryan. Kendall, trying to protect her sister, admitted that she was carrying Michael's child. He didn't believe it, but babbled about to Greenlee Dupres, who took great pleasuring in taunting Erica with the news. While Kendall continued to fake the pregnancy, Bianca watched with disdain as their mother treated her like dirt.

When Kendall was arrested for the Cambias murder, the truth was finally revealed as Greenlee ripped away Kendall's dress revealing her 'false' stomach. Erica was enraged that both her daughters had lied to her. It was the stress of everything that finally brought back memories of the killing to Bianca. When she confessed, she was exonerated because of what Michael had done to her.

The birth of the baby brought more confusion. She and Babe Chandler were stranded in a mountain cabin, and Bianca went into labor. When she awoke, she was told that her child had been killed. After months of mourning the loss, she discovered that Babe's son had been taken by their 'rescuer' to replace the child his sister had loss, and that Babe and JR had Bianca's daughter. Little Miranda was finally returned to her mother, and the Cambias fortune was used to start a help center for troubled women and children.

Bianca boarded the Cambias jet to leave Pine Valley, after trying to persuade Maggie one last time to leave her abusive relationship with Jonathan Lavery. As the plane was about to leave, Maggie appeared, deciding she wanted to share a life with Bianca. The two flew off to Europe.

Bianca returned for Jack and Erica's wedding, and again when Kendall was almost killed in JR's plot to murder Babe. Now she's back after finding Maggie in the arms of another woman. She came to Pine Valley to heal and has run into Zarf, the bizarre rockstar who seems to believe that he and Bianca share a destiny.

In 2007, Bianca returned to work at the helm of Cambian Industries - Europe (in the Paris office) to be closer to her good friend Zarf/Zoe, who is currently living and working in London.

Bianca returned to Pine Valley in 2008, pregnant. It turned out that she and lover Reese Williams talked to Zach about being the biological father for Bianca's next child; he agreed. Bianca went through with artificial insemination without telling Zach she was doing so. She arrived in Pine Valley eight months pregnant - just as tornadoes wrecked the town. Zach dug Bianca out of the wreckage at the beach house; Kendall was badly hurt. There was no room in the ambulance so he and Bianca stayed at the house and she went into labor. Zach helped her deliver a baby girl.

Soon after, Bianca's lover, Reese, arrived in town with Miranda. She proposed and Bianca accepted.