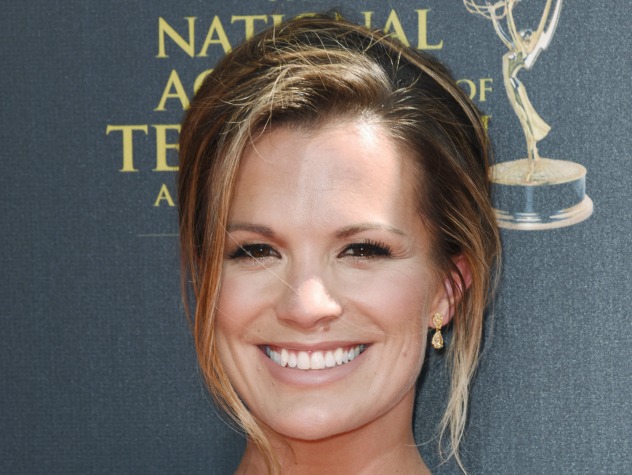 * Fled her ex-husband with her daughter, Emma.
* Married Ryan Lavery.
* When Spike lost his hearing, began to teach Ryan sign language.
* Is Richie Novak's sister and lied on the stand to send him to prison.
* Killed Richie and blamed Colby, Dre and Cassandra.
* Tried to kill Greenlee.
* Plotted with Adam against Kendall and Greenlee.
* With Aidan's help, faked her kidnapping to get Ryan back.
* Witnessed Adam kill Stuart, but lied about it and made Emma keep the secret as well.
* Moved in with Adam and married him in spite of an attraction to Scott.
* Miscarried Adam's baby
* Was arrested as an accessory to murder.
* Married and divorced Adam Chandler.
* Has joint custody of Emma.
* Married Scott but slept with JR.
* After another breakdown, Annie was shipped back to Oak Haven.

Who's played Annie McDermott Lavery Chandler over the years?

Annie came to Pine Valley from New York, fleeing an ex-husband with whom she shared custody of their daughter. She had discovered that he was into pornography and young girls, and feared for Emma's safety. Unable to convince the court system to rescind her ex's access to the child, she took flight, seeking the help of Erin Lavery and the Amanda Montgomery Center.

After her ex kidnapped Lily, the autistic wife of Jonathan Lavery, Jonathan tracked him down and killed him before the man could rape her. Annie thought her troubles were over.

Because Annie has a rare disorder, her DNA does not match her daughters, and despite Annie's anguished cries, Emma was recently removed from her custody for testing to determine if she was actually the missing daughter of Tad and Dixie. Annie found solace in the company of Ryan Lavery, while Dr. Jeff Martin ran a battery of tests to prove Annie's maternity. The results were conclusive and Emma returned home.

David Hayward told Kendall that Ryan was the sperm donor who created Emma; Kendall tried to keep things quiet but the truth came out - and Annie and Ryan fell in love.

When an accident caused Spike's hearing loss, Annie decided to confront her past to help the boy. Her father, Walter, reluctantly agreed to come to town but they couldn't get past their differences to rebuild their relationship.

Annie soon began to receive strange notes and learned that the new bartender at The Comeback was her long-lost, crazy brother! Richie tried to convince the town that Annie was the nutty one but Ryan stood by her and helped her keep Richie at bay. Richie began to focus on Babe and then learned he had cancer. Annie was tested to be a bone marrow donor but didn't match with him.

Soon after, Richie's plans began falling apart and so did Annie's! Ryan lost his memory and when he finally remembered everything, he wasn't in love with Annie - he loved Greenlee! Annie paid off Richie and in exchange he was supposed to get rid of Greenlee. Instead, Richie kidnapped Babe. Annie helped him escape when Kendall and Greenlee found him. On the way back to Pine Valley, Annie and Richie began fighting and she clubbed him over the head with a wrench, killing him.

Annie tried to frame Colby Chandler, Cassandra Foster and Dre Woods for the crime but they were eventually cleared. Jesse continued to investigate but Annie began to concentrate on getting Ryan back and away from Greenlee. When Greenlee admitted her true feelings, Annie took desperate measures: she convinced Aidan to work with her. Together, they concocted a kidnapping plot (she and Emma were 'kidnapped') to get $10 million from Greenlee. Annie thought 'saving Emma' would leave Ryan indebted to her and he would leave Greens.

Annie is recovered from miscarrying Adam's baby and was arrested as an accessory to murder. She lived with Adam, and married him, after lying for months to cover up the fact that he killed his brother, Stuart. Annie and Adam tried to get custody of Emma from Ryan, but only got shared custody. Annie developed an attraction to Adam's nephew, Scott and was rattled by Greenlee's return to Pine Valley.

JR came into the picture and she slept with him. JR manipulated it so he could prove to his father she was no good, but when Adam found out, he wanted nothing to do with his son or his wife. Adam left town with old love Brooke English.

Annie remained in the mansion and grew closer to Scott. They eventually married, even though she was still drawn to JR and Scott slept with Marissa. She truly loved Scott and wanted a life with him, but she slept with JR again and Scott walked in on them.

Scott left Annie and then confessed to stealing the nanotech project from Cortlandt. He went to prison, while JR and Marissa split as well. JR and and Marissa began seeing each other, but in secret so Marissa wouldn't find out before the divorce and custody agreement went through.

As Annie hid away in secret, she began to grow jealous of JR cozying up to Marissa in order to get her to agree to joint custody. She started to act out and hallucinate that Marissa was taunting her. During one of her episodes, she ran her car into an ambulance carrying an extremely sick Kendall. She fled the scene, but JR discovered what she had done. He urged her to commit herself after Annie had also handcuffed Colby to a table at the beach house. Believing Marissa was behind the commitment idea, she attacked her and locked her in the attic after a gas pipe cracked. She took off with Emma and left town.

Desperate for money, Annie returned with Emma, but she was discovered by Ryan and Greenlee. After a sad goodbye with JR, Annie was shipped off to Oak Haven.

Annie escaped Oak Haven during a breakout with Erica, Janet and Marian. She ran to Ryan's so she could see her daughter. However, she knew she had to get better for Emma, so she peacefully turned herself in.