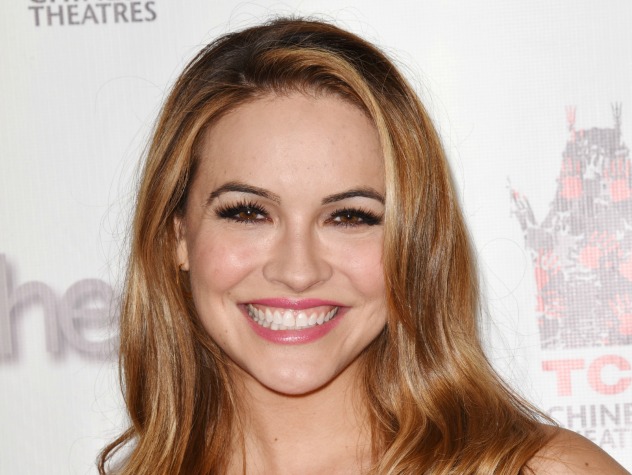 * Ran away from home.
* Claimed that Diana Cole stole money from a safe at Chandler Mansion.
* Planned to drug Jamie Martin so he would marry her.
* Consoled Jonathan when he and Lily parted.
* Saved Jenny from Janet.
* Blackmailed Adam for $5 million.
* Used her own money to back 'Bella'.
* Had an affair with Jake Martin.
* Conspired with David to con the Chandler men.
* Currently is married to Jake Martin.
* Lived at Wildwind with David due to custody of Trevor.
* Married Jake.
* Discovered Trevor was Jake's son.

Who's played Amanda Dillon Martin over the years?

Amanda grew up as the daughter of Natalie and Trevor Hunter, but in reality, it was her crazy aunt, Janet Green, who actually gave birth to her. On the day that Natalie and Trevor were to be married, Janet threw her sister down a well, disguised herself as Nat and, without the groom's knowledge, stood in for the bride. The wedding night resulted in conception.

When the real Natalie was rescued, Janet was sent to prison, but escaped and kidnapped her sister. A pregnant Janet went into labor, and Natalie delivered the baby. Janet was captured and locked up again, and Natalie later died after she and Trevor took Amanda in to raise.

Amanda was kept in the dark about her parentage, but when Janet had surgery to reconstruct her looks, and returned to Pine Valley, the truth was eventually revealed. Despite Janet's mental deficiency, Amanda grew close to the woman who bore her, and eventually moved with her to Colorado to reunite with Trevor who had been cleared of false murder charges.

When Amanda returned, she enrolled in high school and reconnected with old friends. Some of her mother's old habits rubbed off, and Amanda was caught red-handed, trying to steal money from the Chandler safe. JR promised not to report the attempted theft if Amanda would help him break up Jamie Martin and Babe Carey. She lied to them, saying that JR had drugged her in an attempt to bed her, and Jamie insisted she move in with him and Babe. How convenient, being close to the very couple she needed to destroy. The whole plan backfired, and Amanda ended up being ousted and ignored by all three.

Amanda got a job a New Beginnings, working with Erica Cane and assistant, Josh, and subsequently started having blackouts. During lucid moments, she learned that residents of Pine Valley were being attacked and injured by an unknown assailant, and feared she might be the culprit. She soon discovered that it was her crazed mother, who had returned with a vendetta against the town. When a deadly bomb exploded during a Gala, killing, Ethan Cambias, among others, Amanda became sullen and withdrawn, unable to deal with the guilt wrought by her mother's actions.

Brooke English took Amanda in and helped her deal with her emotions. Before long, a stronger Amanda emerged, and she went to work at ConFusion, working with Jonathan Lavery, and helping to console him after his marriage with Lily ended. Now she's comforting him through the senseless death of his beloved sister, Erin.

All was calm for Amanda until Adam Chandler sprung Janet from jail and gave her baby Jenny. Amanda tried to believe the best in her mother but Adam used Janet's illness against Amanda and made her help him. Amanda finally figured everything out and saved Jenny. Then, she blackmailed Adam for $5 million to remain silent about his involvement in the kidnapping. Around this time, Amanda and JR began having an affair. One night, she made a sex tape - to get back at JR - and when the tape was the only thing that would clear his name in Zach's disappearance, she hid it. She eventually came clean; both JR and Babe were very angry.

Eventually Babe and Amanda became friends again. When Jake Martin returned to town, Amanda set her sights on him and began an affair. She also decided to use her own money to back Babe's product idea (Bella). Amanda lost all of her money in when it was found out that Bella was tainted; then, in the tornadoes, Babe was killed. Amanda floundered. She overheard JR say it was her fault that Babe was dead. Crushed, Amanda became easy prey for David Hayward.

They had a one night stand and then David convinced her to work with him against the Chandlers. He promised her a huge sum of money to con JR and Adam; Amanda went along with the plan.

Amanda was pregnant with David's baby and he had threatened to steal the child when it was born. With the help of Jake Martin she devised a plan to have the baby in the Bahamas and give it up for adoption. Unbeknownst to her, Jake planned to give the baby to Liza. Amanda and Jake got married, and Liza received the baby - except that it wasn't Amanda's baby - Jake had given her son to a nanny to care for. Amanda was reunited with her son, but David soon discovered he was alive and demanded that Amanda and the boy move in with him!

Eventually David agreed to let Amanda and Trevor live with Jake if she would agree to be artificially inseminated with another of his children. Jake and Amanda agreed as long as they could share custody of both kids.

David manipulated Amanda into sleeping with him. Despite her trying to keep it from him, Jake found out, but eventually forgave her. It later came out that David was unable to have children and that Trevor was really Jake's son.

Amanda started modeling for Fusion and attracted the attention of an obsessed fan, who turned out to be Amanda's mother Janet. After Janet tried to shoot Jake and kidnap Amanda, she was sent back to the hospital where Amanda was forced to say goodbye to Janet for good.

On their one year anniversary, Jake and Amanda renewed their vows in front of their friends and family. They remained happy for a few months, until Jake's ex-wife Cara came to town. Despite Jake's assurance she had nothing to worry about, Amanda called immigration on Cara when she learned she had assumed a fake name while traveling.

Although upset by what Amanda did, Jake stayed with her. However, Amanda saw Jake and Cara in a close moment and assumed they slept together. She in turn got drunk and slept with JR. Soon after, she learned she contracted HPV, which led to cervical cancer.

Amanda confessed all to Jake, who didn't sleep with Cara. He was understanding and stood by her side during when she decided to have a hysterectomy as part of her treatment. Once she was cancer free, Jake and Amanda agreed to look into adoption.